Migrants outside the Holding Institute shelter in Laredo, Texas, on May 15, 2021.
Photographer: Jonathan Alpeyrie/Bloomberg

A Louisiana federal judge blocked the Biden administration on Friday from ending Title 42—a pandemic-related border restriction that allows for the immediate expulsion of asylum-seekers and other migrants.

The preliminary injunction provides a more long-term stop to the administration’s plans while the lawsuit led by a multi-state coalition of Republican attorneys general plays out—barring a successful appeal by the Biden administration. The border restriction had been set to lift Monday.

The ruling, issued by the US District Court for the Western District of Louisiana, is the latest in a series of judicial rebukes of the Biden administration’s border security and immigration policies, with implications for US-Mexico border operations, international migration patterns, and Capitol Hill battles.

“I’m grateful to the court for upholding the rule of law and helping maintain some level of sanity as we continue to battle the Biden-made border crisis,” Arizona Attorney General Mark Brnovich (R), one of the challengers, said in a statement.

Judge Robert R. Summerhays, an appointee of President Donald Trump, agreed with the state coalition that the Centers for Disease Control and Prevention should have gone through an extensive public comment process before deciding to terminate Title 42. 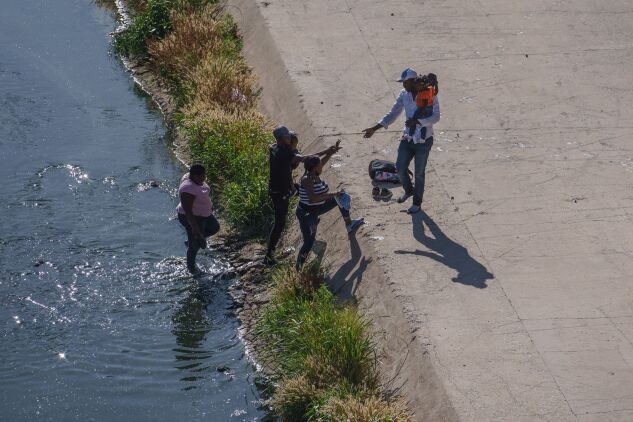 The Justice Department announced it will appeal the ruling. The case will go to the US Court of Appeals for the Fifth Circuit, a bench that leans heavily conservative.

“The authority to set public health policy nationally should rest with the Centers for Disease Control, not with a single district court,” White House press secretary Karine Jean-Pierre said in a statement.

Immigrants’ rights advocates decried the ruling as legally flawed and cruel to migrants fleeing violence and instability in their home countries. Biden administration officials and their allies have also argued that keeping Title 42 in place spurs more border crossings as migrants can make more attempts without traditional immigration enforcement consequences.

The court’s decision “maintains a status quo that has been wholly ineffective in establishing a secure border,” said Krish O’Mara Vignarajah, President and CEO of Lutheran Immigration and Refugee Service.

Title 42 restrictions have been in place since the beginning of the Covid-19 pandemic, allowing border officials to immediately expel most asylum-seekers and other migrants at the border, without giving them an opportunity to make a case for protection in the US.

The Biden administration’s plan to end the policy in late May sparked a political firestorm. The Department of Homeland Security said it expected an increase in border crossings, at least temporarily; it prepared for as many as 18,000 migrants a day at the border, more than double the current level.

Republican lawmakers argued that the increase would send the border into chaos, citing already high numbers of migrants this year. Rep. (N.Y.), the top Republican on the House Homeland Security Committee, called the court’s decision “a win for our homeland security, Border Patrol agents, and the safety of Americans.”

Arizona, Louisiana, and Missouri sued to keep the border restriction in place, arguing that the CDC, which invoked Title 42 in 2020, violated federal administrative law by failing to seek public comment on its decision to end the rule. Other states joined the litigation later.

Some Democrats spoke out against the effort to end Title 42, too, and called on the Biden administration to craft a more detailed plan to manage increased arrivals.

Backlash in the Senate derailed an attempt to advance a Covid-19 aid package last month and continues to cloud the legislation’s fate. A bipartisan group of senators wants to force a vote on an amendment to keep Title 42 in place, which could get enough votes to pass the Senate and complicate the package’s fate in the House.

It remains to be seen whether the court’s injunction will soften Republicans’ and moderate Democrats’ push for legislative action.

Sen. (D-Ariz.) earlier this week said a court injunction wouldn’t change his insistence that DHS craft a more detailed plan for whenever Title 42 is lifted. Kelly is part of a bipartisan group that’s pushed to keep the policy in place for now.

Immigration Hub Deputy Director Kerri Talbot argued Friday that moderate Democrats should stand down on their legislative efforts to preserve Title 42 in light of the court’s ruling.

The ruling means the Biden administration must continue applying a policy that has turned away asylum-seekers and other migrants nearly 2 million times since the start of the pandemic.

Ongoing enforcement of Title 42 restrictions is likely to look different in the coming months, however, under a separate court ruling from the US Court of Appeals for the District of Columbia Circuit barring DHS from expelling families to places they may face torture.

DHS will have to conduct additional screening of migrants to comply with the March ruling, which will likely result in fewer expulsions, according to immigrants’ rights lawyers.

(Updates throughout with additional reporting.)

To contact the reporter on this story: in Washington at egilmer@bloombergindustry.com