CORONAVIRUS -- WHAT YOU SHOULD KNOW

Reopening Businesses Face State Virus Workplace-Safety Orders
Governors’ offices and state agencies are rolling out a patchwork of workplace-safety orders for employers as they reopen businesses amid the coronavirus pandemic—providing potentially helpful guidance but also another layer of uncertainty over liability risk.

Contact Tracing Poses ‘Pandora’s Box’ for Reopening Businesses
Businesses looking at smartphone-based tools to track their workers’ contact with people infected with coronavirus will have to walk a delicate tightrope between reopening safely and protecting employee privacy.

Exiting Billion-Dollar Deals Over Virus Spurs Court Battles
A deal is a deal, except for a growing number of companies that agreed to buy assets before the Covid-19 pandemic sent markets plunging.

Justice Department Sees Early Fraud Signs in SBA Loan Flurry
The Justice Department has begun a preliminary inquiry into how taxpayer money was lent out under the Paycheck Protection Program and has already found possible fraud among businesses seeking relief, a top official said.

‘Motherhood Penalty’ May Fuel Workplace Lawsuits in Pandemic
The “motherhood penalty” has been oft-used to describe persistent gender disparities that working mothers can encounter. Lawyers and academics say it could lead to more discrimination and family leave lawsuits by caregivers during the pandemic.

ANALYSIS: CFIUS Can Review Investments in DPA Title III Entities
The Committee on Foreign Investment in the U.S. is more prepared for the pandemic and economic downturn than you may have realized. Under its new regulations, CFIUS has jurisdiction over investments in companies operating facilities that have received funding within the prior 60 months under Title III of the Defense Protection Act. This is just one small component of the Committee’s newly broadened jurisdiction that may come into play during the crisis.

ANALYSIS: DOJ Uses Price-Gouging Law to Bring Felony Charge
In a case that provides telling information about how the Justice Department intends to deal with violations of the Defense Production Act, the DOJ arrested two men for conspiring to obtain scarce N95-quality medical masks and resell them through a commission scheme at exorbitant prices, according to a criminal complaint filed in a New York federal district court.

INSIGHT: GCs Need to Organize Contracts to Address Tsunami Post Virus
The coronavirus pandemic is revealing many of the problems and fault lines in companies’ contracting systems and practices, Mark Harris, CEO of contracts data management company Knowable. He discusses the risks associated with poor contract management and gives tips for GCs on improving it.

INSIGHT: Business Immunity Will Prevent Covid-19 Litigation Crisis
Companies reopening during the pandemic do so at great risk from litigation arising from Covid-19-related claims. Hughes Hubbard & Reed attorneys and Imerys’s general counsel for North America say that companies who are working to comply with government guidelines need immunity from such litigation and explore the statutory precedent for providing it.

INSIGHT: Litigation Risks Related to the Defense Production Act
A direction from the government to manufacture or distribute a product will not necessarily shield a company from lawsuits. Crowell & Moring attorneys examine the Defense Production Act and say it’s imperative that manufacturers pivoting to produce FDA-regulated products manage liability now and think strategically about future litigation defenses. 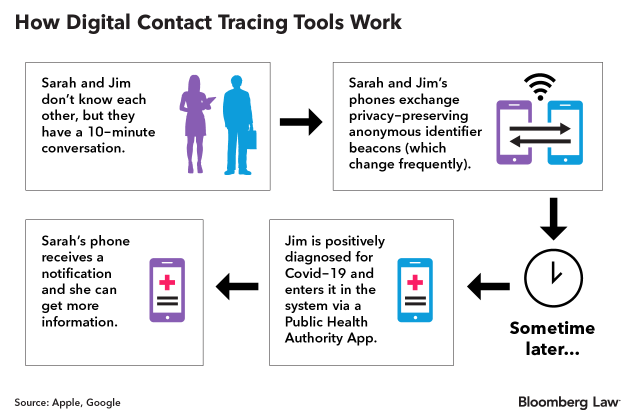 Warren Urges SEC to Require Climate Change Disclosures
Sen. Elizabeth Warren (D-Mass.) is urging the SEC to require public companies to discuss the impact and risk of climate change as the regulator considers overhauling its rules for management disclosures.

Musk Takes Over Board’s Legal Coverage From Pricey Insurers
Elon Musk tapped more of his shares in Tesla Inc. last year to unlock some of his wealth and also entered into an unusual arrangement to provide liability coverage for fellow members of the electric-car maker’s board.

SEC Tipster Gets $18 Million for Helping Investors Recoup Losses
The U.S. Securities and Exchange Commission awarded $18 million to a whistle-blower whose information helped the agency bring an enforcement action that enabled harmed investors to recoup millions of dollars in losses.

Legal Operations Roles Sign of Established Law Departments
Nearly three quarters of “best in class” corporate law departments have at least one legal operations professional, according to a new report from the Association of Corporate Counsel and Wolters Kluwer NV.

Ex-Amazon Lawyer Among Bed Beth & Beyond Executive Hires
Beth Bath & Beyond Inc. is bringing on a new top lawyer with experience in e-commerce, more than four months after parting ways with its longtime general counsel.

Oracle Women Score Major Win in Court Battle Over Equal Pay
Three female employees at Oracle Corp. scored a major victory in court, gaining the right to represent thousands of others in a gender-discrimination lawsuit over pay, a legal milestone that has eluded women at other tech titans.

Walmart’s $14 Million Deal With Pregnant Workers Gets Approval
Wal-Mart Stores Inc. will pay $14 million to nearly 4,000 workers who say they were denied accommodations while pregnant, after an Illinois federal court gave final OK for the class action settlement in a case that sheds light on policies that can exclude expecting mothers.

Delaware Justices Uphold Ultragenyx Board Win Over Demand Letter
An Ultragenyx Pharmaceutical Inc. shareholder’s “harmless letter” telling the drug company’s board it was overpaying itself counts as a rejected demand for an internal investigation, which dooms his lawsuit, Delaware’s top court ruled.

To contact the reporter on this story: in Washington at jnancarrow@bloomberglaw.com

To contact the editors responsible for this story: at sstern@bloomberglaw.com